The Life is Hard Podcast has moved! You can find our older stuff here, but for the latest, newest, hippest, greatest, unbelievably awesome new stuff, check out our new home at Tin Can Media!!

Thanks for your continued support. We love you although we have no idea who you are!

P.S. You can change that by interacting with us. Leave a comment, sometime.

Wow, we’re really missing out on a golden opportunity for podcasting about the state of things in general! Rob has been working 6 days a week on a new job, but someday, he’ll return and he’ll be better than ever. I have no excuse for being absent. My life is always chaotic, but I’d make time for the podcast if Rob were not so busy. I can’t do the podcast alone, because I have such a dry sense of humor, I need someone like Rob to keep the audience from sinking into a coma.

I can’t tell you when we’ll start podcasting, again. It could be a month or three. Rob is talking about moving a few hundred miles away, so we’ll be recording in Google Hangouts, Skype, or something similar. I will be sad to see him go, but he is going where there will be much more opportunity for him to prove to me that life isn’t so hard, after all. Who knows? Maybe he’ll find someone close to his new home with whom he can record, and he won’t need me anymore.

Life really is hard when your friends keep moving away. I guess it could be worse. 😉

Thanks for dropping by.

Life really is hard these days. We had to record our podcast on Google Hangouts, because we couldn’t find a way to rendezvous somewhere where we could record. As a result, I (Doug) was driven to drink throughout the “Hangout”. There will be no MP3 from this episode, as it was all done on-line. Google Hangouts is a great convenience when you can get it to work, but you get what you get.

So, I hope you enjoy this week’s “podcast” on Youtube. We’re not really configured for this sort of recording, and it shows, but it could be worse.

It’s no secret that I’m not a fan of Fox News, or Donald Trump, but when Donald Trump butted heads with Fox, I found myself taking his side, inasmuch as it served my personal agenda.

Is Donald Trump a Democratic Trojan Horse? Will this be the end of Fox News? What happens when Donald says “April fools!”, and drops his campaign while laughing hysterically for days?

What if that theory was put forth by Democrats who didn’t want Republican voters to take Trump seriously? Wow! This is like looking for the end of a circle.

Life has gotten even harder since our last episode. We need patrons more than ever. If Rob can’t get his car repaired, we’ll have to record the podcast over Skype. Personally, I hate that option, and technically, it will be inferior. It may be too late, since all of our serious fans are now in a coma because of our drinking game, but even a token of support from those of you who are still conscious would boost our spirits! 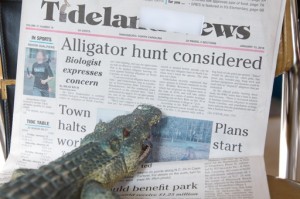